The Employee Sports Day for Ta Ya 65th Anniversary in 2020 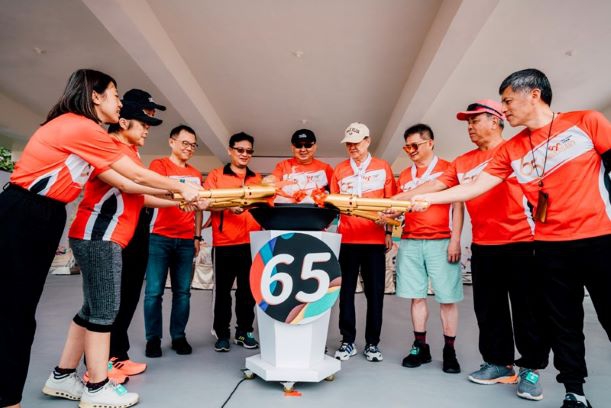 Running for 65 Years to Connect the Future This year is the 65th anniversary of Ta Ya’s establishment in Guanmiao, Tainan in 1955. The employee sports day was held at the Tainan Guanmiao Junior High School on October 31th. The colleagues of Ta Ya were the main players in this event and everyone gathered around with joy as in a big family to celebrate the 65th birthday of Ta Ya. Since this place evoked the memories of many Ta Ya employees, the principal of the Guanmiao Junior High School was also invited to participate in the gala. Ta Ya has operated in Guanmiao for more than 60 years and created numerous job opportunities for the local citizens. In addition, with particular consideration given to the rights and benefits of the employees, Ta Ya has further served as a sustainable business model in Taiwan’s industry.

Competing with joy to increase group cohesion
This event consisted of group games, fun games and charity games. During the group games, the colleagues could show their collaboration, competitiveness and cohesion; the fun games gave the event an atmosphere of relaxation, fun and happiness; and the charity games aimed to reflect the friendly and caring company culture. Ta Ya hopes to improve the teamwork and integration of its employees through the joyful sport games in order to form the strong corporate cohesion and sense of group honor.

Running for love in the charity marathon 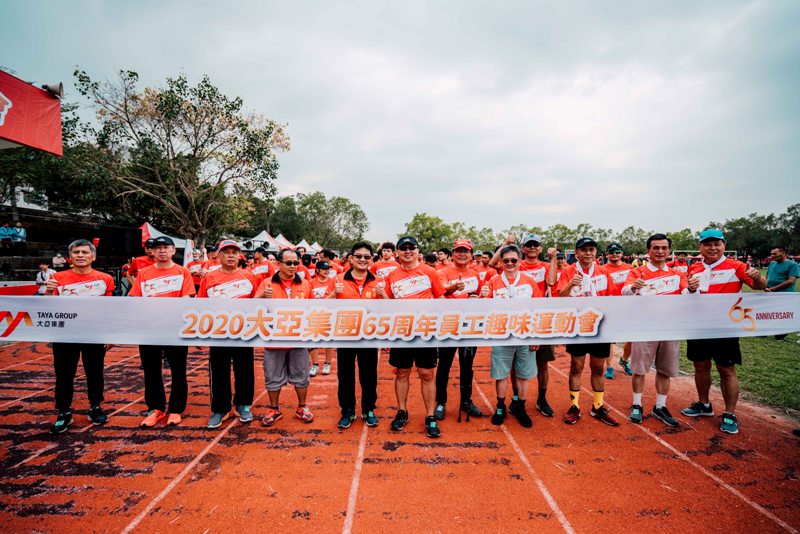 The charity marathon was also a special part of the event. The amount of donations would be based on the miles that each runner has run. On that day, 1,023,500 steps were achieved in total by all runners and the amount of NT$204,700, increased to NT$300,000 by Chairman Shen would be donated to the Guanmiao Junior High School for academic affairs undertakings to encourage the local students. The colleagues participating in the marathon said that it was meaningful for them to be able to contribute to the charity on their own with their exercise. Reviewing Sports Day to have a conversation among three generation groups
It had been 31 years since the last sports day was held. The colleagues specially interviewed the youth, middle-aged and elderly groups in Ta Ya to have a cross-generation conversation and made a review video. Some of the senior colleagues participating the sports day held 31 years ago recalled the memories of their youth and passion back to that time. In contrast, the young generation born in the 1990s said they had not been born yet by then.

Received “Taiwan i Sports” from MOE-SA for performing CSRs
With the efforts made in several areas, Ta Ya Electric Wire & Cable was awarded the “Taiwan i Sports” certification by the Sports Administration of the Ministry of Education in 2019, recognizing that the company has been supportive of sports and related benefits for the employees. Through the sports day held this year, Ta Ya hopes to enhance the morale, manifest the corporation’s sound human resource and brand value, and accomplish the CSR mission of “making the employees happy.”