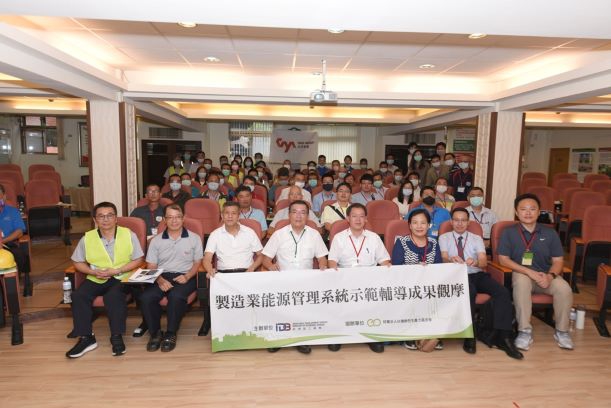 TAYA Energy and Telecom. Cable Business Group General Manager Mr. Chuang mentioned in his speech that over the past 60 years, TAYA has mainly focused on the development and production of electric wires and cables. But in recent years, the Chairman of TAYA Group has led the employees to think about other things that we can do apart from electric wires and cables in the next 60 years. After putting our heads together, we concluded that becoming a leading brand of energy connection is the key to long-lasting development. We should integrate energy harvesting, energy storing and energy saving. Thus, we had this ISO 50001 Energy Management System setup. It was hoped that everyone can exchange opinions with each other via this on-site observation.

The NCKU Research and Development Foundation Deputy Manager Mr. Wen, Yu-Jui introduced the energy performance index and setup process. According to his introduction, in the process of guiding factories, budgetary limitation has been a common problem. However, during the setup process, it is required to review the real needs, make proper plans and come up with ideas as well as discussing with the factories for solutions. The TAYA Group has been keeping an eye on the energy saving and electrical efficiency for a long time. The top executives' great attention to energy saving has brought TAYA's continuous promoting action on energy saving. When sharing the outcomes of the energy management system promotion, Mr. Yang, Min-Lung mentioned that top executives' support was the key to a successful ISO 50001 promotion. Only when the corporate vision is aligned with energy policies and when the upper management and executive associates share the same energy saving goal to promote together can the promotion achieve the best efficiency.

TAYA conducted energy reviews via ISO 50001 Management System and got a thorough understanding of the important facilities for energy use of the whole factory. The electricity usage plan and design prepared in advance were valued, risks and opportunities of the lifetime were considered and with the attention to energy performance, energy usage analysis of different factories were progressively made, reviews of energy usage and facility operation rates were regularly performed and plans for improvements in energy saving measures were further developed. The TAYA Group has the Guanmiao factory as the center of energy saving promotion, encouraging employees' voluntary energy saving actions, advancing constant greening in the factory, comprehensively replacing the lighting system into an energy-saving one, improving the heat dissipation of cooling towers, the frequency control of motors and the power factors of electric power system, introducing high efficiency energy saving facilities, installing electricity monitoring system and loop air compressor system, changing to high efficiency common-rail loop chiller system and building a thermal cycle waste heat recovery system. Since 2017, TAYA has also progressively set up and collected intelligent automated manufacturing with production information implemented and reflected upon the ways of improvement in energy management. To enhance the efficiency of energy use while reducing the peak demand of electricity and the risk of exceeding electricity contract capacity, TAYA has been active in the development of energy-storing micro-grid system, and has set up an electrical energy storage system with a storage capacity of 600 (kWh) in its Guanmiao factory. After changing the air compressor system, the overall energy usage of the factory has effectively saved 142,000 kWh per month. The improved air conditioning and chiller system has also effectively saved the overall energy usage of the factory by 178,000 kWh per month. The electricity consumption has decreased year by year since 2014, and in 2019, the electricity consumption for manufacturing 1 ton of finished product had an average reduction of around 48%. 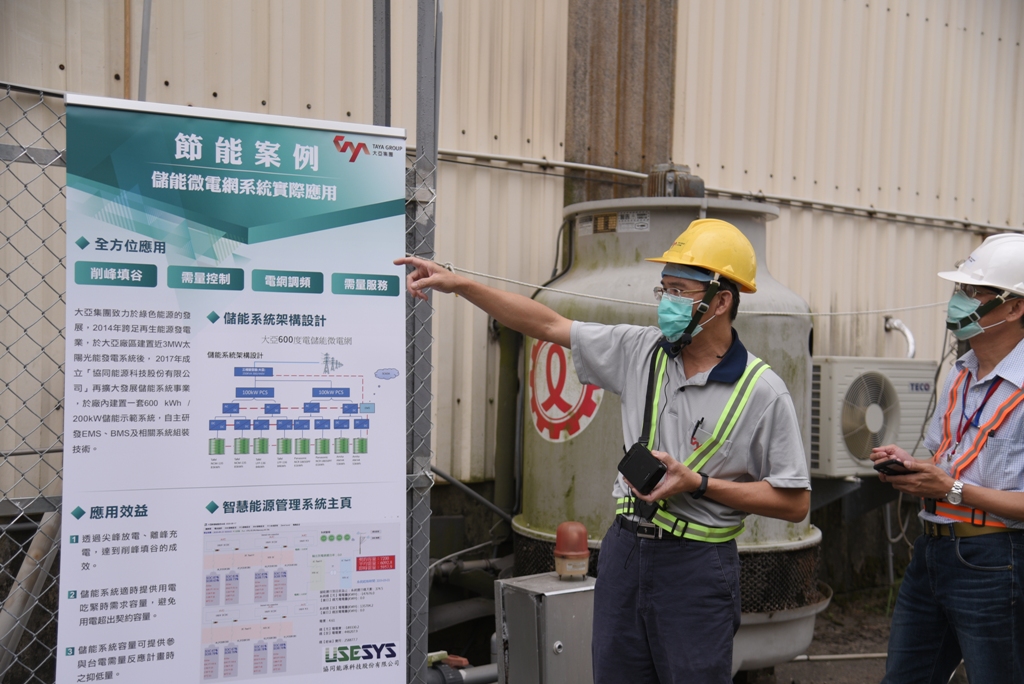